Some of the most successful Amazon sellers have made exactly the same mistakes during their ecommerce careers. Here are five of their stories. 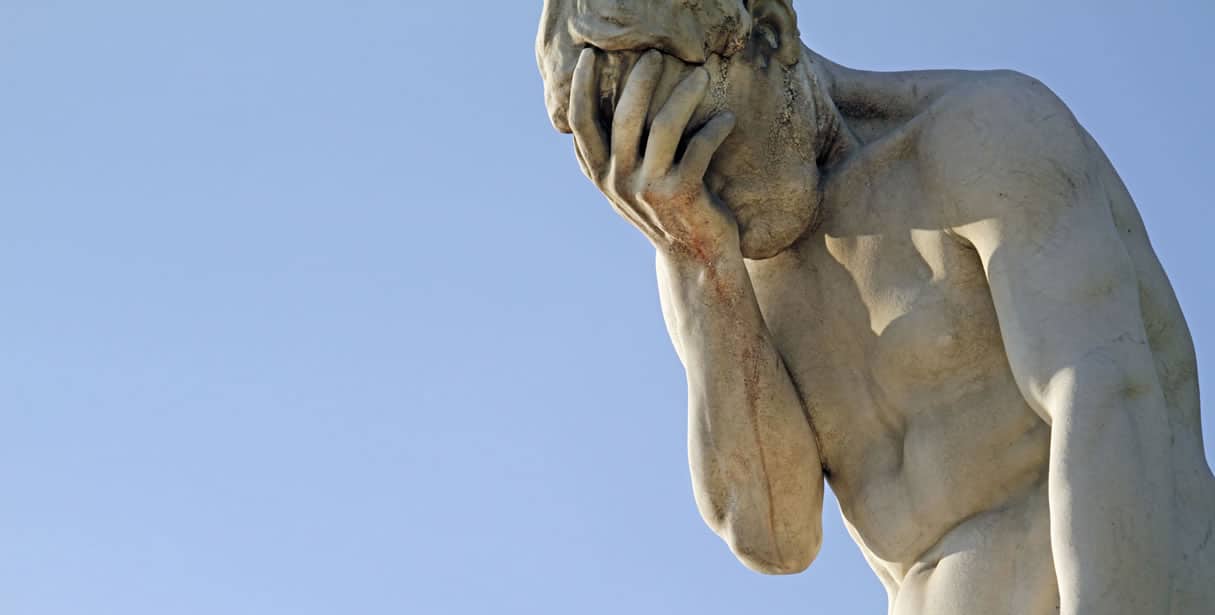 This article is by Gary Huang, host of the 7 Figure Seller Summit for Amazon sellers.

Recently I interviewed more than 20 seven-figure ecommerce and Amazon sellers to learn how they scaled their businesses to over one million dollars of annual revenue.

While I was getting them to spill the beans on their successes, I also got to hear about the mistakes they made along the way. That’s when I discovered certain mistakes that were recurring themes, and have been made by multiple seven-figure sellers.

So, here are my top five mistakes selling on Amazon. If some of the most successful sellers on Amazon can make these mistakes, you could fall foul of them as well.

Brandon Dupsky got into ecommerce early, and was one of the largest eBay sellers in 2003 and 2004. He was doing some serious sales volume until 2006, when the business went belly up and he was forced to declare bankruptcy.

What was his mistake? Brandon was focusing on sales above all else. His goal was to be the largest seller on eBay, and he seemed to be on the right track. With 100 employees and a hiring rate of 7-10 new staff per week, he was fulfilling over one thousand orders per day from his own warehouse.

Brandon even acquired two smaller businesses and spent half a million dollars on custom software development. His business grew rapidly, but he was losing money.

So what went wrong? Well, it’s rarely a good idea to focus only on sales. The real goal should be profit. You should focus on the tasks that make money rather than just moving money around.

On the other hand, tasks that “make money” include:

Brandon learned that he could lower his risk by outsourcing fulfillment and using a team of virtual assistants. This reduced expenses, improved cash flow, and made his business more nimble when the market changed.

He also worked on his brand to add personality and make it harder to copy. By doing this Brandon was able to rebuild his business and meet his 1-1-1-1 goal: he built a one-person, one million dollar business in one year which required only one hour of work per day. That’s a better goal than just trying to be the biggest!

Several years ago ecommerce entrepreneur Jason Vander Griendt took a trip to Playa del Carmen, Mexico and noticed that sunglasses were flying off the shelves. At the same time, mobile apps were at the peak of their popularity.

So, Jason decided to build an app that allowed people to try on sunglasses virtually, by superimposing different styles onto their selfies. They could then buy the ones they liked.

It seemed like a great idea, and ahead of its time, so Jason spent $20k developing the app. It quickly rose to the top of its category in the App Store.

So what was the mistake? Jason’s app was smart, but the business behind it was selling sunglasses. At that time there were many different places to buy sunglasses online, which led to very competitive pricing. Several retailers were selling the same models at half the price Jason was offering!

Prices were forced down, and profit margins squeezed to only 2-3%. This was not enough to sustain the business and Jason was forced to shut it down.

Jason says, “What I should have done is create a simple app or website, sell glasses with 33% off, and see how many people buy”. This would validate whether or not the idea would work, without the expensive development costs of an app.

He now tests ideas much more cheaply, spending $100-200 for a simple website using a service like GoDaddy. Then Jason drives 100 people to the site using Facebook ads to test the conversion rate and validate the idea at a minimal cost.

Creating the right product is of paramount importance, and testing with real customers is a key part of that. For ecommerce sellers, tools like PickFu let sellers test images, designs, packaging, copywriting, and more, with responses from real Amazon buyers.

Mike Jackness has started several ecommerce brands with total revenues of over $7million annually, after selling his first online store in 2014.

One of the biggest mistakes he made along the way was using a single Amazon seller account for products under several different brands. This created a big headache when he came to sell one of those brands, and cost a lot of time and money.

The buyer was only interested in Mike’s adult coloring book range, ColorIt, and not the other products he sold. This is to be expected when selling a business with a number of different brands – buyers are unlikely to be interested in products that are not connected.

As a result he had to go through a very time consuming and costly process, creating new LLCs and multiple Amazon accounts for each of the different brands. This cleared the way to sell ColorIt as a separate business.

With hindsight, Mike believes he could have made tens of thousands of dollars more on the sale if his brands had been properly separated from the start.

If you have more than one brand, look at each one as an independent business. That way, you will not mix sales or expenses together in a way which could confuse buyers in the future, and you will really know the value of each brand.

A number of seven-figure sellers have admitted to letting their Amazon PPC ads run wild. Not monitoring ad campaigns closely enough is one of the most costly mistakes.

John Cavendish has a background in engineering and project management, and oversees over $3 million of sales on Amazon in Europe. However, he admitted to losing $10,000 in 2 weeks because he didn’t pay close enough attention to his advertising campaigns.

Another seven-figure Amazon seller, Stefano Starkel, likens this mistake to paying an “idiot tax”. Only those who don’t have a process of reviewing and monitoring their ad spend have to pay this premium!

There are different ways to monitor PPC spending, but one way is to manually review your Amazon reports once per week. Look at each search term that did not generate any sales, and ask yourself “is this relevant or not”? Would someone searching for this term intend to buy your product? Or is it a keyword that is popular but not relevant? This will help you avoid targeting search terms that are too broad and are resulting in unnecessary spending.

5. Managing your finances on instinct

Nate Ginsburg sold his Amazon FBA private label business for just under one million dollars. However, the journey was not all smooth sailing.

When he entered the Amazon market in Europe, he was not clear on how VAT was calculated. As a result he launched new products and only later realized that the sales were not profitable. It was a big mistake and a headache to clean it up.

Nate says that when launching your product, “run your numbers and don’t just eyeball it.” You must know your exact costs and margins. There is a place in business for instinct, but not when it comes to the financial side.

Be particularly ruthless when it comes to costs. Take a look at what software you don’t need, what you can pay for in bulk, and which vendors you can negotiate better deals with. Since Amazon FBA businesses typically sell at around 30 times monthly profits, every $1,000 you cut in expenses adds an extra $30,000 to your sale price!

This article was by Gary Huang, host of the 7 Figure Seller Summit for Amazon sellers.

To get full access to the training sessions and masterclasses from these featured sellers and more, visit 7 Figure Seller Summit for your free virtual pass.