3 Emerging Markets to Have on Your Global Ecommerce Radar

The beauty of the internet and the growth of cross-border trade is that small businesses and large corporations are now on an even playing field when it comes to selling globally.

There is just as much opportunity out there for SMB’s to establish themselves as a dominant player in their sector as there is for their larger competitors.

But with growth slowing in developed ecommerce markets, and even the “first tier” of emerging markets like Brazil and Russia, it may be time for smaller retailers to start thinking about newly emerging markets. Enter an emerging market early, and you may be able to establish yourself long before your competitors arrive.

In this article I’ve picked out three markets which, based on some really promising growth statistics, might be worth keeping on your radar.

With a 47% growth in internet users in 2015, Thailand is fifth place in terms of internet usage growth in Asia Pacific, and with an average of 5.5 hours spent online per day, it is just after the Philippines with the most amount of time spent online.

Social media is taking South East Asia by storm; Thailand being home of arguably the largest population of instagrammers in the world with almost 2 million engaged users, and Bangkok only behind New York as the most instagrammed city in the world in 2013.

Although ecommerce is still underdeveloped in South East Asia, a report from AT Kearney suggests that it could grow up to 25% annually, and could accelerate twice as fast as growth in the mature ecommerce countries in Europe, the USA and China, helping to close the current gap.

According to the report, the potential in Thailand could reach $12-15 billion if they can manage to remove the five barriers outlined below:

The points listed above are definitely a work in progress, and if China’s growth over the past 8 years or so is anything to go by, once these barriers are removed it’s safe to say South East Asia could be the next ecommerce powerhouse.

Travel, Hotels and Fashion are currently the most popular online purchases, so we should start to see some real growth in these industries in the coming years, particularly as internet penetration increases.

Interestingly, Indonesia has one of the highest populations of internet users in the world, higher than Spain and Italy combined, and spending an average of five hours or more per day online, they are even more addicted to the internet than their Chinese neighbours.

Like Thailand, in terms of gaining brand awareness among young people in particular, there is no doubt that social is the way to go. Almost 70% of Indonesian 16-24 year-olds agreed that they would be lost without access to social media, over 20% more than the tech-obsessed millennials the USA and the UK … I must say, I did not think that was possible. 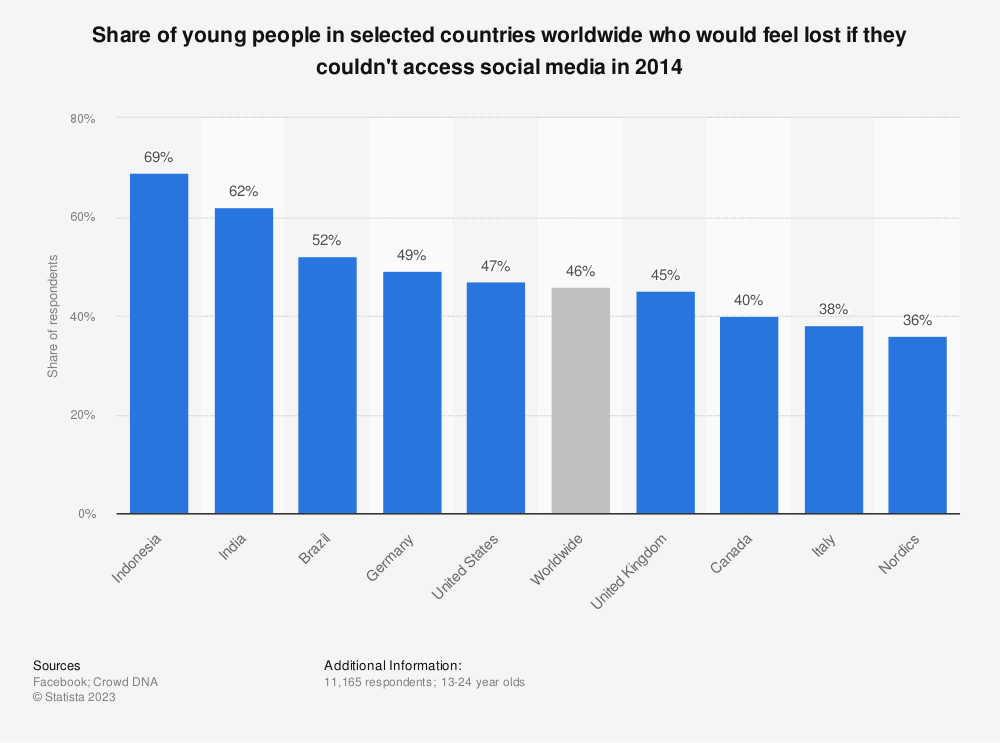 As growth in developed markets stabilizes, big companies like Alibaba and JD are seeking out new opportunities for growth in South East Asia, while Amazon and ASOS are already counting countries like Indonesia and Thailand as their fastest growing markets.

While the number of online shoppers in Indonesia has grown from 4.6 million to 7.4 million this year, there is still huge potential for further growth according to the aforementioned AT Kearney report, forecasting its growth potential to reach 25-30 billion providing the five barriers to growth are removed.

Social media and messaging platforms are the preferred method of online shopping; as with the Thai market, if you’re thinking of targeting Indonesia, it’s definitely time to sharpen your social strategy skills.

Be careful though, a lack of trust regarding payments is a big concern for Indonesian shoppers, which could be the reason for their dependence on social media to interact with other consumers.

A smaller market than Thailand and Indonesia of course, yet I feel it deserves a spot on this list as a country which is finally beginning to show signs of online growth, with an internet penetration rate of 50% in 2014.

Romania may have the second highest percentage of people who have never used the internet, but in contrast to this, most of the 19.7 million population use the internet at least once a week; not far behind countries like Portugal, Italy and Greece, which are perceived as more valuable global ecommerce markets. 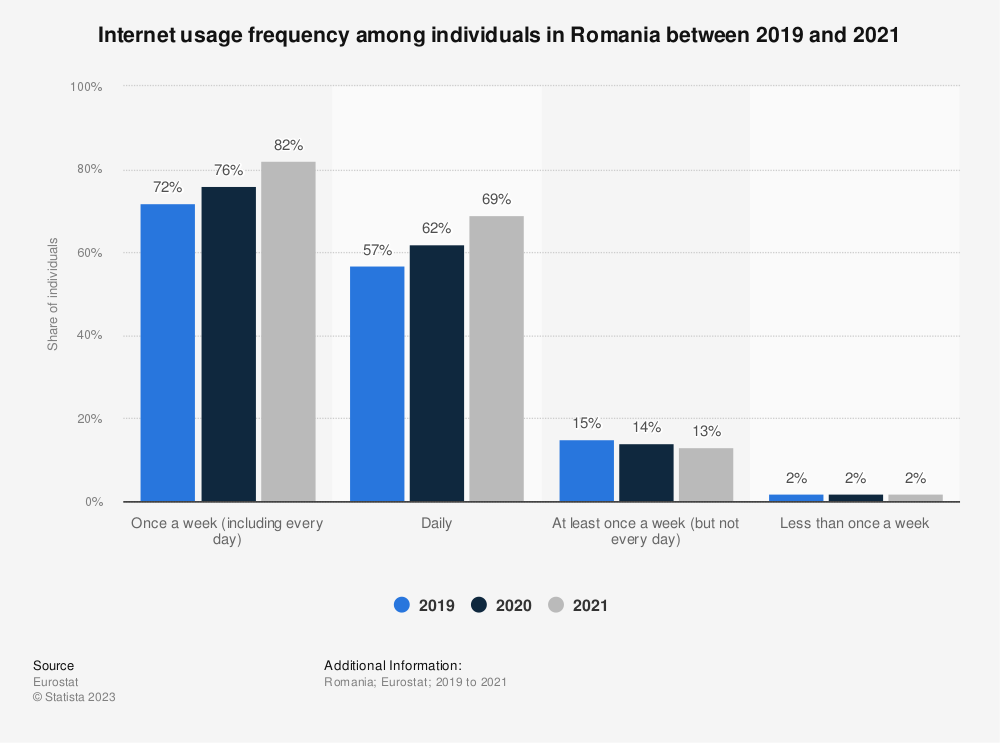 2014 was a year of real movement in terms of Romanian ecommerce growth. Although the market is a lot slower in comparison to more developed EU countries, 2015 showed significant growth compared with figures in 2013. The fact that the Romanian ecommerce market doubled in size in just one year is an indication that despite being a smaller market, growth is happening, and it’s happening fast.

Currently, the categories with most potential are Information and Technology, Home Decor, and Fashion, which brought in 140 million of the total 1.2 billion euros in ecommerce sales last year.

One success story is US cosmetics brand, Avon, (turning over 100 million in Romanian sales in 2012), who launched their Romanian website in 2013; changing from the usual method of selling only through its network of representatives. In a bid to promote their brand, they cleverly capitalised on the growth of the online fashion and beauty industry in Romania by harnessing Romania’s growing network of fashion bloggers and founding the annual Digital Divas Conference and Awards Ceremony. Sponsored by some of the world’s biggest brands, the annual conference highlights and presents awards to some of the best fashion bloggers in Romania, drawing attention to their brand whilst also increasing hype around digital growth and innovation.

Although the market share in Romanian online retail may not be large enough to invest in just yet, this is definitely one to keep an eye on.

It’s almost the norm now for ecommerce SMBs to sell internationally. The dominance of online marketplaces like eBay and Amazon has made it easy for foreign consumers to buy from businesses on the other side of the world.

These cross-border traders are often focused on developed ecommerce markets in the West: Europe, North America and Australasia. But the rest of the world is catching up with fast internet connectivity, more take-up of electronic payment methods and greater consumer trust in buying online.

Many countries that were once thought to be irrelevant will one day, perhaps quite soon, present a genuine and profitable ecommerce opportunity. Small businesses with the flexibility and open-mindedness to take advantage of that could become the multinational enterprises of tomorrow.

This post was by Lorna Franklin, an Account Manager at SimulTrans, a leading localization company providing services into over 100 languages.

With a degree in translation studies, a postgraduate diploma in digital marketing and experience driving international sales in a successful ecommerce business, Lorna has a passion for international ecommerce and the art of providing a localized experience for global consumers.

Expand sales and diversify with new marketplaces and cross-border ecommerce, using the best tools and services out there.

Expand sales and diversify with new marketplaces and cross-border ecommerce, using the best tools and services out there.