On March 2, Amazon closed all of its unsuccessful Amazon Books brick-and-mortar bookstore, as well as its Amazon 4-star and Amazon Pop Up shops, which offered electronic gadgets and other trendy items. Then on March 8, a report surfaced tying several China-based Amazon private label tech product suppliers to forced labor camps. But the week wasn’t over yet.

March 9 brought Amazon accusations from respected e-commerce intelligence firm Marketplace Pulse of burying organic search results. The same day, the US House Judiciary Committee referred Amazon to the Department of Justice (DOJ) for potential prosecution over criminal obstruction of Congress. In answer to lawmakers’ concerns regarding its private-label operations and the acquisition of third-party seller data, Amazon was said to have “engaged in a pattern and practice of misleading conduct.”

There’s a lot to unpack from this series of unfortunate events, and what they mean for Amazon and marketplace sellers. We’ll start with the one most relevant to sellers – how Amazon has been taking advantage of third-party seller data to create and market competing private-label products.

Amazon’s lousy week may lead to regulation by legislation

This week, the most significant negative event for Amazon occurred during US congressional hearings as part of a 16-month antitrust probe into Amazon and other big tech firms like Google and Apple. Third-party investigations by Reuters, the Wall Street Journal, and The Markup proved that Amazon has been using proprietary third-party seller data to develop and market its own competing private label products. This unfair competitive strategy has been suspected by sellers for years and finally brought into the light.

But when confronted with these accusations, Amazon denied them, claiming they were misunderstandings and inaccurate. As a result, the committee referred Amazon for investigation and criminal prosecution to the DOJ, in a letter which read in part: “Amazon lied through a senior executive’s sworn testimony that Amazon did not use any of the troves of data it had collected on its third-party sellers to compete with them.”

For Amazon, this opens it up to criminal prosecution by the DOJ. It also provides more incentive for Congress to pass the omnibus antitrust legislation known as the American Innovation and Choice Online Act. This bill, if passed, will prevent platforms from self-preferencing. In effect, Amazon’s private-label products will not be able to appear higher in search results than third-party competitors’ products.

For sellers, there’s some definite schadenfreude at seeing Amazon caught in their own lies after taking advantage of seller data to essentially out-compete them for similar products. If the antitrust legislation is passed, it may level out competition between Amazon brands and third-party seller brands. But at the same time, there may be unintended consequences such as increased fees or substantial changes to the marketplace which cannot be foreseen. Ultimately, Amazon getting regulated through antitrust legislation would send shockwaves throughout the global eCommerce industry with unknown results.

Speaking of uncompetitive practices, Marketplace Pulse found that “of the first twenty products a shopper sees when searching on Amazon, only four are organic results.” A disproportionate amount of paid advertising products are featured ahead of products that rank high through traditional methods. How bad is it? According to the report, “it takes scrolling past three browser windows worth of search results to get to the fifth organic result” and even more on mobile.

Rather intentionally, Amazon has changed how it lays out its search results pages to feature advertising and push down organic results. In many ways, this is a direct result of Amazon’s desire to grow its advertising business to its current $31 billion valuations. It’s become far more impactful for sellers to purchase ad placement through Amazon than to attempt to win the Buy Box for a category.

With SMB sellers struggling to stay afloat and paying for more expensive advertising space, it wouldn’t be a surprise to see the topic of “gamed” search results and paid ads appear at the ongoing Congressional hearings into Amazon’s anti-competitive tactics.

If you thought working in an Amazon fulfillment center might be a tough gig, it’s Disney World compared to the forced Uyghur labor camps in China’s Xinjiang region that manufacture various tech products for Amazon’s private labels. Deplorable working conditions in Chinese factories have been noted before, as in the case of the Apple iPhone manufacturer Foxconn. However, the potential human rights violations uncovered by the Tech Transparency Project and others are at another, much worse level.

The report found that “five of Amazon’s suppliers have been directly accused…of relying on workers from China’s many “reeducation centers,” which it uses to detain Uyghur Muslims, Kazakhs, and other ethnic minorities. The suppliers produce Amazon devices and Amazon-branded products, such as the Amazon Basics line of home goods and tech accessories.” Another report by NBC indicated that torture is common among labor camp detainees.

It should be no surprise at this point to learn that Amazon denied knowledge of any of it, issuing a statement claiming it complies with all laws and regulations, does not use or condone forced labor, and reports any such violations. It’s disturbing to think that the creation of an Amazon Basics product may involve theft, deceptive and anti-competitive business practices, human rights violations, and forced labor camps – but that’s where we’re at right now. It’s as if Amazon has grown too big to control itself and is begging for governmental intervention.

Finally, the closing of 68 physical stores across the U.S. and U.K. shows that trying to move from eCommerce into the “real” world has largely been a failure for Amazon. According to CNBC, the physical stores unit’s revenue growth has lagged behind the company’s entire retail operation. Sales at physical establishments, such as Whole Foods and Fresh, were lower in 2021 than in 2018.

While the grocery outlets aren’t going anywhere soon, it seems they will be serving a bit of humble pie to the eCommerce giant that replaced physical bookstores with a virtual bookstore, and then tried to bring back the physical bookstore. However, there will still be other new Amazon store experiments in fashion and cashierless shopping, so they haven’t given up yet.

What’s it all mean?

In the short and long-term, Amazon will need to brace for potential antitrust legislation or other regulations, which it will no doubt fight tooth-and-nail. Sellers may get some positive changes to ease competition from Amazon itself in the short term. But if Amazon becomes heavily regulated, there may be unexpected and possibly dramatic changes to how things work and how much things cost.

And there also exists the possibility that Amazon is essentially bulletproof and will continue to do whatever it wants, however it wants. Why do we say this? Because at the end of Amazon’s terrible, no good, very bad week it announced a 20:1 stock split with a $10 billion stock buyback – and shares rose 6%. The market did not care about all that bad news, and the mighty Amazon machine rolled on.

File this story under, “Boy, that escalated quickly.” Last week, we reported on Etsy’s record-breaking Q4 and 2021 earnings and the platform’s subsequent seller transaction fee increase from 5% to 6.5%. As you might expect, the increase did not go over well with sellers, and now many are calling for a strike to protest the fee increase and other issues affecting the marketplace.

The proposed strike encourages sellers to put their shops on vacation from April 11 to April 18 and use Etsy’s sale announcement and promotion capabilities to spread the word to shoppers. On subreddit r/EtsySellers, some sellers enthusiastically support the strike while others take a more pragmatic approach.

In the past, Etsy has shown mixed reactions to seller complaints – sometimes ignoring them and sometimes tacitly acknowledging them by making changes, such as its recent $50 million commitment to improved seller support. So far, Etsy has not officially commented on the strike threats. It will be interesting to see how much momentum the strike movement will generate leading up to April 11 and what, if anything, Etsy will do in response.

So far, the program is only available to European Economic Area, Switzerland, or UK-based sellers. The financial incentives are quite generous, including “a £10,000 equity-free grant, US$25,000 worth of AWS Activate Credits, as well as £5,000 sponsored Amazon Advertising credits.”  It presents a unique opportunity for startups interested in creating green products to sell on Amazon to get a significant boost right away.

Amazon notes that customers are increasingly interested in acquiring products that are less harmful to the environment. In January 2022, sales of Climate Pledge Friendly products in Amazon’s UK and EU stores more than doubled compared to the same month last year. All in all, the program is positive news for prospective European Amazon sellers and for a company that needed some this week.

March 17: Trendsetting: How to Predict Your Customers’ Next Moves. Digital Commerce 360.

March 17: Streaming Advertising 201 – How to Succeed Across a Fragmented Landscape. Tinuiti. 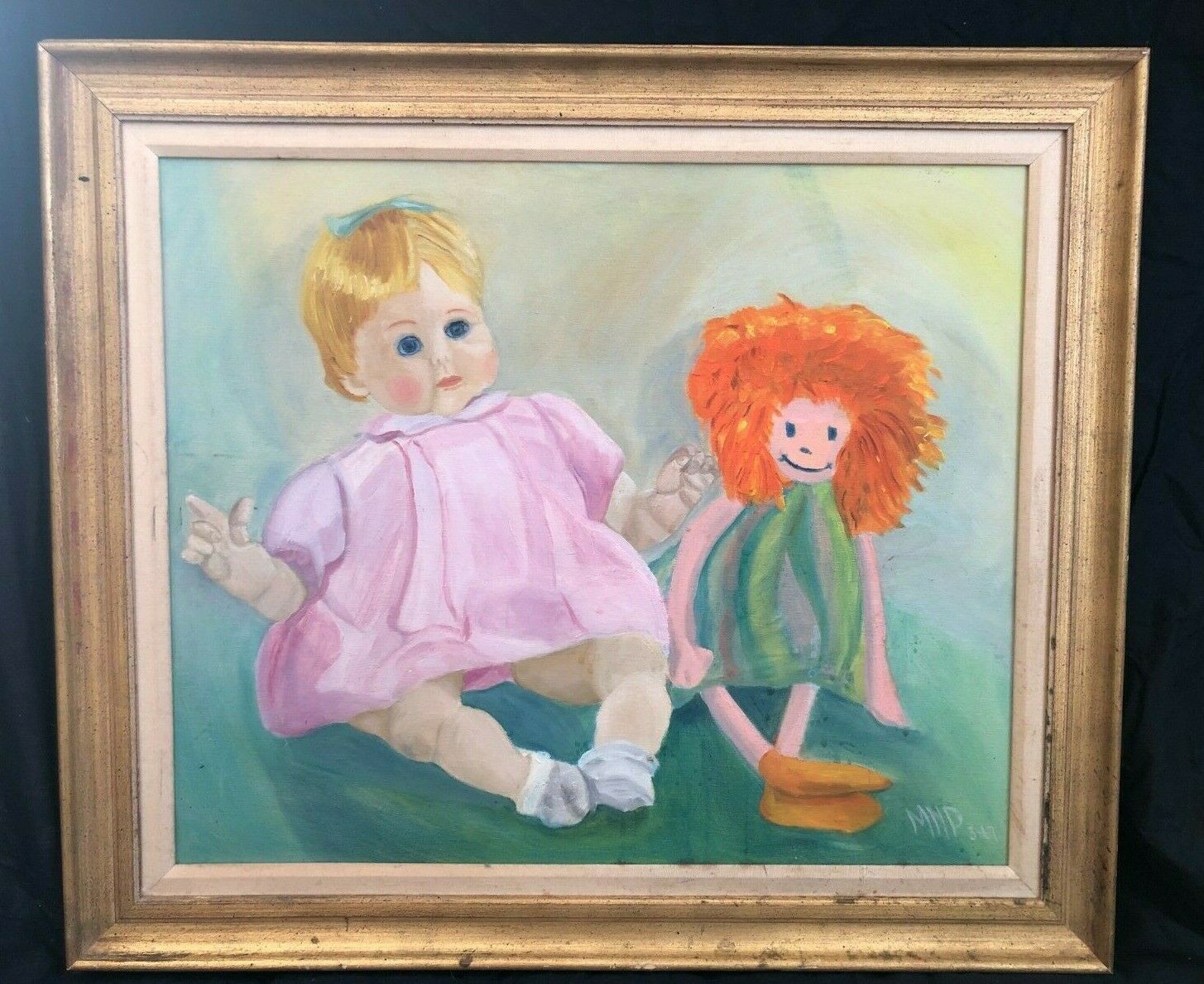 And finally, here’s more proof that you can sell almost anything on eBay. The charmingly weird image above is a “cursed” painting flipped by an enterprising – and apparently terrified – eBay seller for a tidy $1750.00 USD at auction this week.

It’s a brilliant example of the power of story marketing, or alternately the true-life horror story of a man haunted by a flea market find, depending on which side of the Twilight Zone you care to live in. As the engrossing story in the description details, the previous owner was subjected to many terrors upon buying the painting from a shady character at a second-hand market. These included cold spots, sleep loss, unexplained insect infestations, a dead hamster, severe headaches, and general uneasiness. These incidents were enough for him to decide to sell, but not destroy, the malignant wall art.

Somehow, the painting rose from a starting price of $50.00 at auction to its rather high final selling price of $1750.00. One wonders, who would be willing to buy a vintage painting with the listing title “BEWARE CURSED Vintage Painting Dolls Art Creepy Eerie WARNING 1967” and the condition “Used – The painting is a little dusty and a lot cursed. Buyer Beware!” – and more importantly, why?

Is it a present for an enemy, a cheating lover, or revenge on an eBay scammer? Is it now hanging on a creepy wall at an evil cult house, the conference room at Initech, or at a TGI Fridays? Or was it purchased by a government agency, doomed to spend the rest of its days in a wooden crate in a dark warehouse, not far from the Lost Ark of the Covenant?

We look forward to the inevitable documentary special about this paranormal painting – and based on the high ROI of the sale, we also recommend opening a spooky painting eBay store if you need some quick cash.

PS: Try not to stare at the painting too long. Don’t say we didn’t warn you.